ET AL. (2009). maintenance of social solidarity [solo large scale, multi-media installation] (No. Of Pieces: installation: 15 metres construction fencing, data projector, live Google Earth reviewing locations involved in the ‘extraordinary rendition’ transference of person/s. Extraordinary rendition or irregular rendition defined as government sponsored abduction and extrajudicial transfer of a person from one country to another Art Gallery of New South Wales, Sydney, Australia.
Reconstruction 10.4 (2010) Studies in Contemporary Culture – The Outside of the Document: On et al. and the maintenance of social solidarity / Baylee Brits 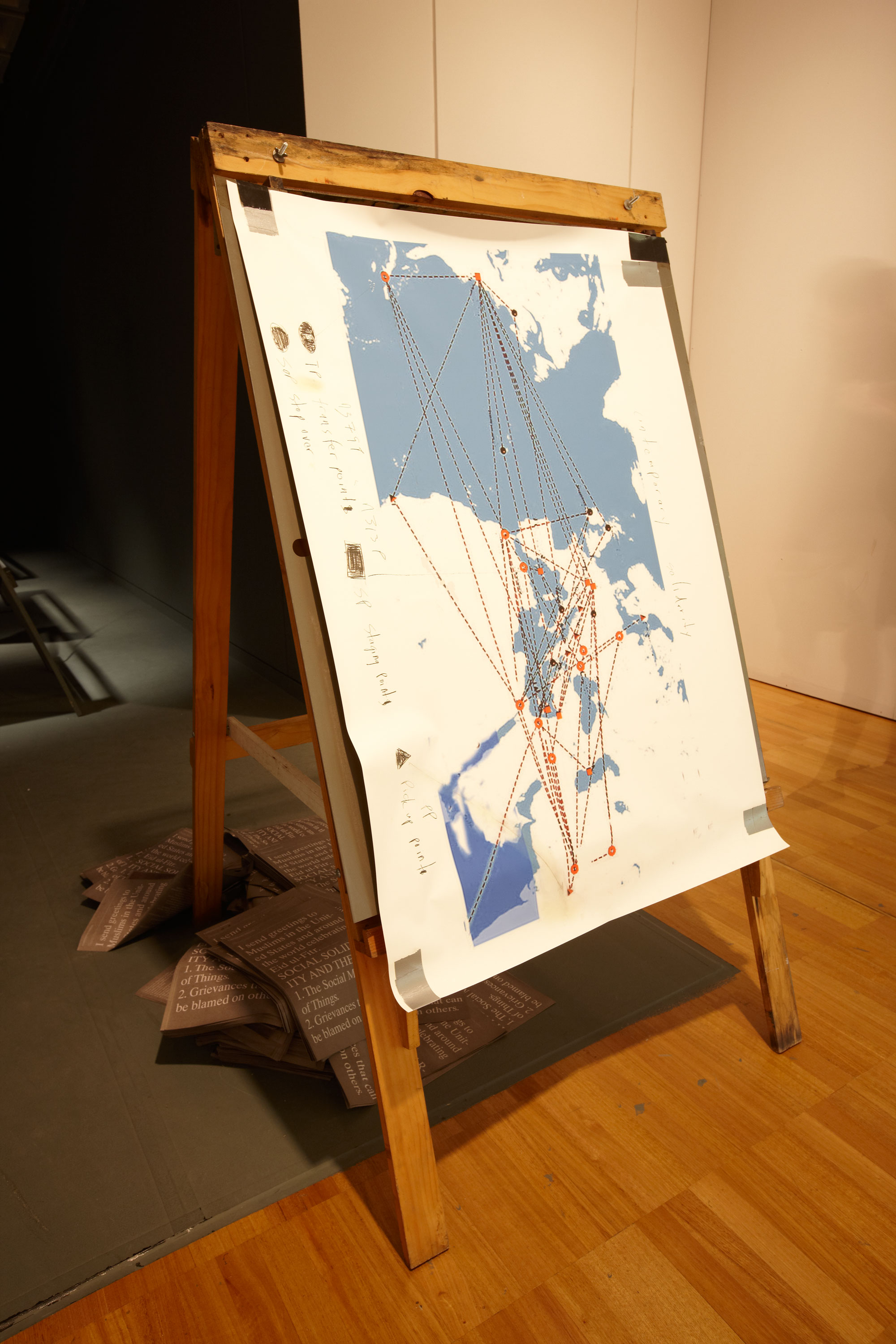 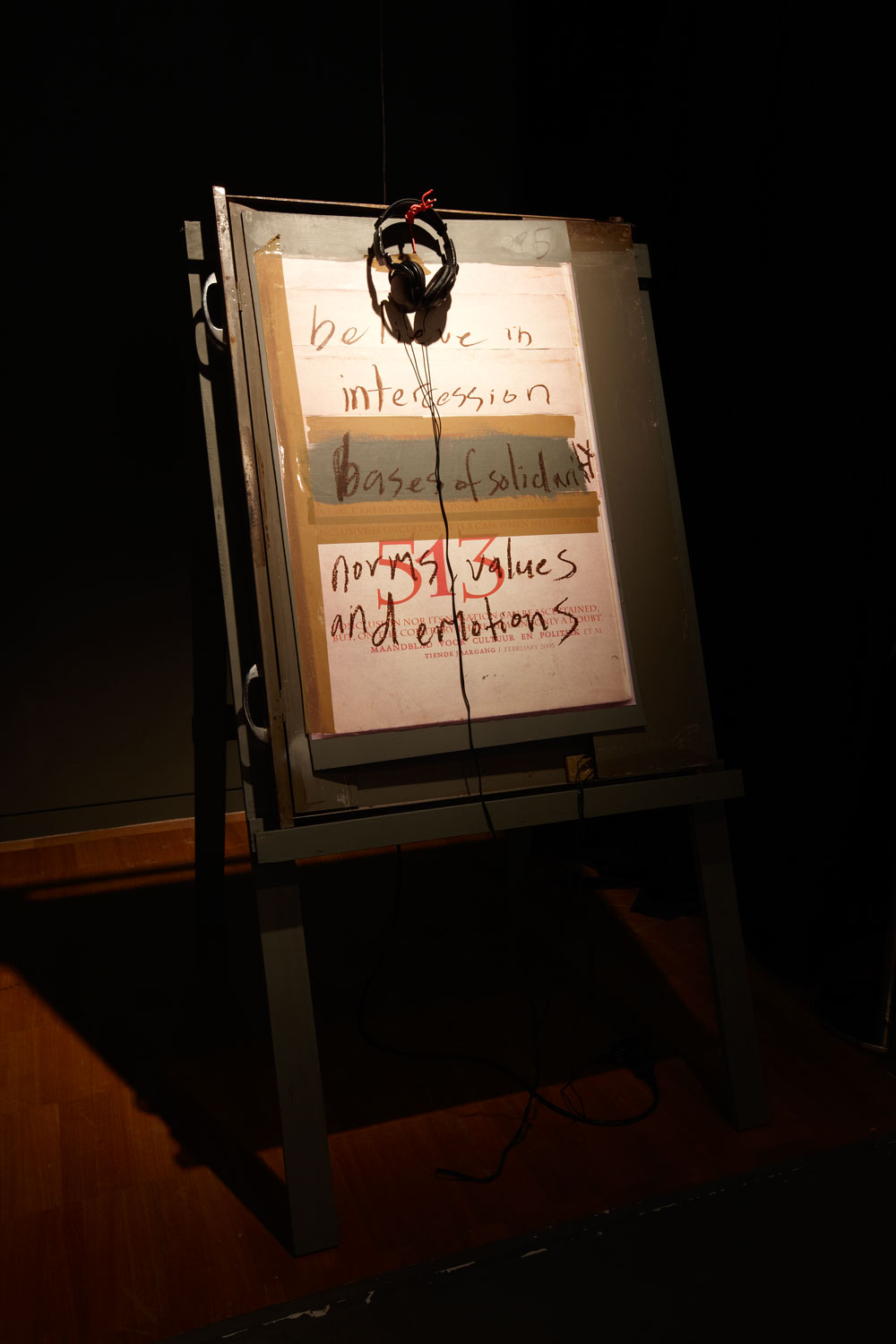 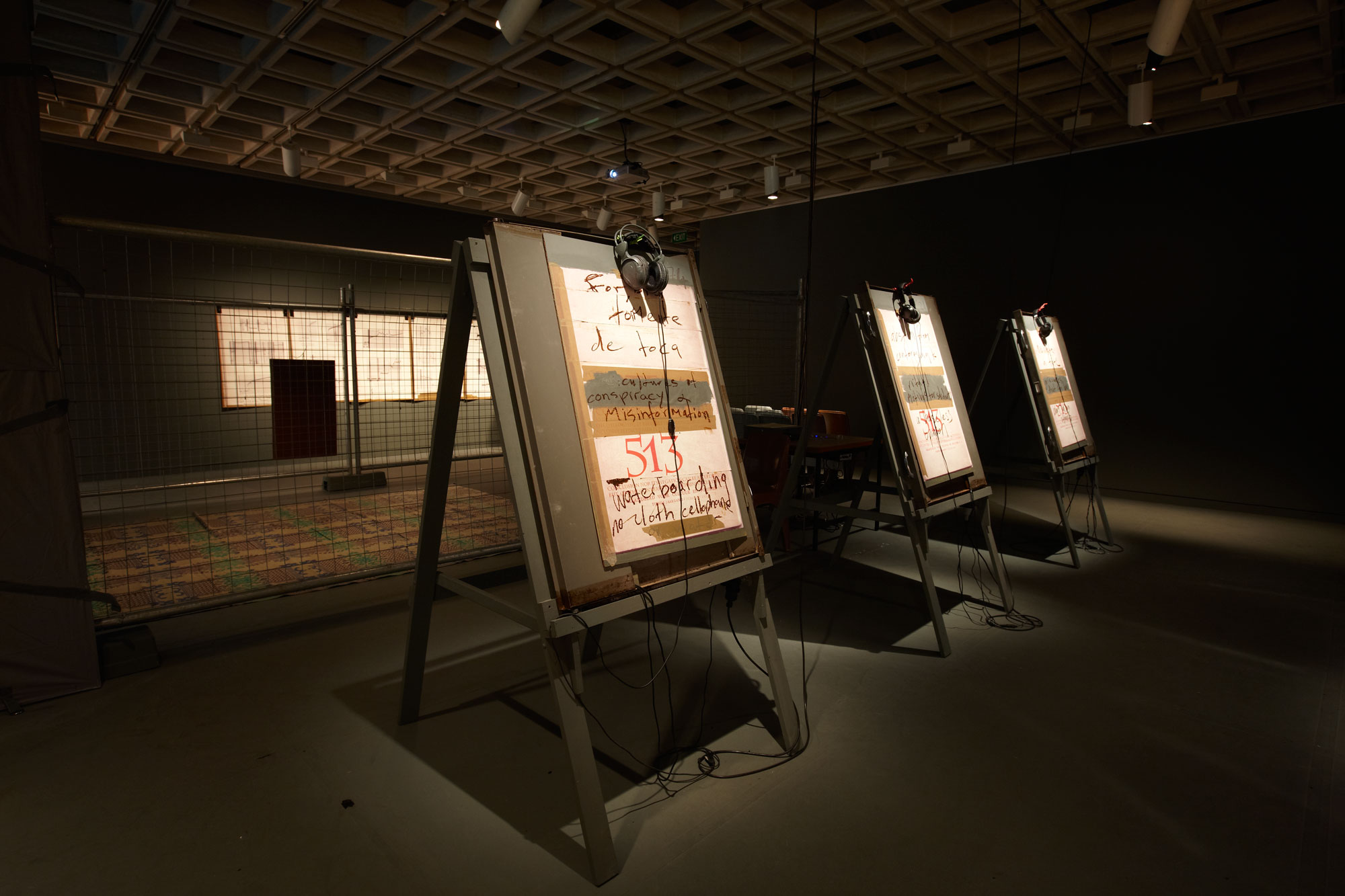 Reconstruction 10.4 (2010)Studies in Contemporary Culture – The Outside of the Document: On et al. and the maintenance of social solidarity / Baylee Brits Abstract: Through an analysis of an exhibition by the art collective “et al,” this essay explores questions of the document, documentation, and documentality in reference to questions of “extraordinary rendition” and “the state of exception” in relation to the United States’s responses to the bombing of the World Trade Center in New York. The ontology of the document in the postmodern era is, paradoxically, one of both maintenance and rendition. Keywords: visual culture, rhetoric, philosophy The installation entitled maintenance of social solidarity, by the elusive New Zealand artist [collective] et al., [1] was shown at the Art Gallery of New South Wales in Sydney in mid-2009. Located in a darkened section of the gallery and partitioned off from other exhibitions, maintenance of social solidarity was divided into several sections that were partially demarcated by wire fencing, and appeared to emulate a disused, abandoned or otherwise empty military or political space. The installation consisted of an accumulation of images, apparent found objects, furniture and most significantly a large projection of a recorded or streamed “film” of Google Earth, which showed the putative “black sites” at which the US carried out its program of extraordinary rendition of terrorist suspects. This installation was presented by the Art Gallery of New South Wales as preoccupied with “mind control” and the practice of extraordinary rendition undertaken by the US military as part of the “war on terror” and et al.’s website describes the subject of the exhibition as: “[a] Summary of proceedings of the meeting of the Committee on Legal Affairs  and Human Rights of the Parliamentary Assembly of the Council of Europe held in Paris on 7 June 2006.], referencing an actual meeting by the said council. This essay focuses on the specific means by which the assemblage of collages, objects and surveillance technology that make up maintenance of social solidarity create a certain ambience that is identifiably military or political. Specifically, this essay claims that this ambiance is achieved via the deployment of various documentary conventions, and thus attempts to elucidate the specific stakes in this culmination of the documentary aesthetic. The maintenance of social solidarity will be used as an occasion to theorise Hito Steyerl’s concept of “documentality” in the context of extraordinary rendition. This essay begins with a close reading of Walter Benjamin’s Thirteen Theses Against Snobs, where Benjamin schematises a generic divide between the artwork and the document. I will argue that this divide is also an ironic separation that presages a depoliticization of the document, and will develop this contradiction at the heart of the Theses to articulate the perceptual experience and political significance of a contemporary art installation which performs a rendition of the generic document in an art (gallery) setting. This political move is rendered literal in the installation through two transports: firstly the isolation of the frames or generic supports of the document to create a sense of pure “documentality” and secondly the movement of the document into the art gallery. Read together, Benjamin and et al’s generic accounts of the document provide an articulation of the political manipulation of the ontology of the document that occurs in the state of exception invoked at the time of Benjamin’s writing,[2]and in the context of the extraordinary rendition dealt with in maintenance of social solidarity. The implications of et al.’s “rendition” will finally be brought into relief in terms of the relationality between politics and aesthetics, as schematised by Jacques Rancière… (excerpt). 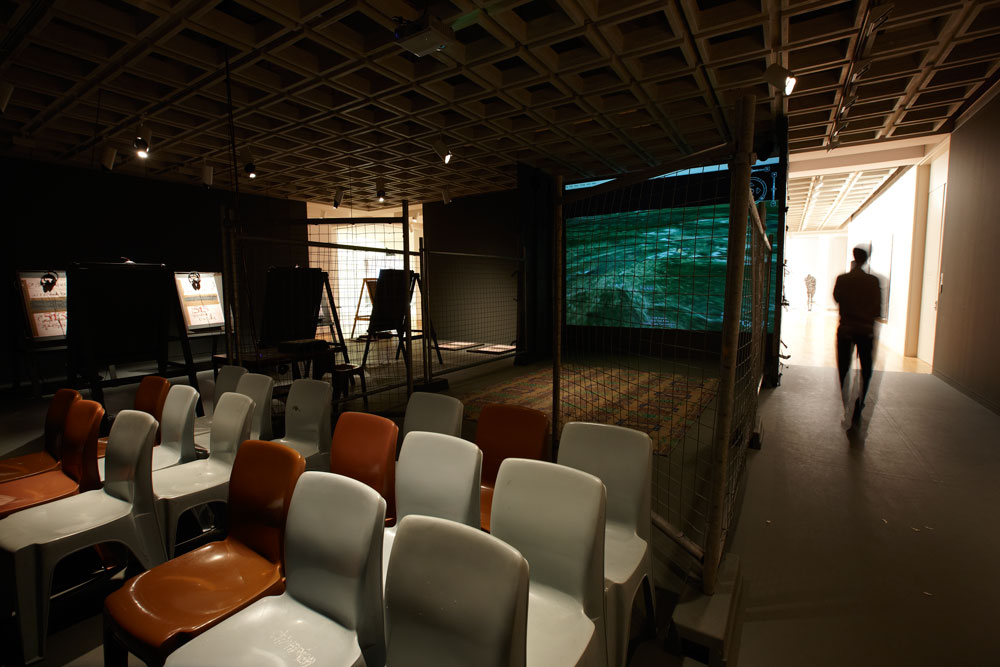 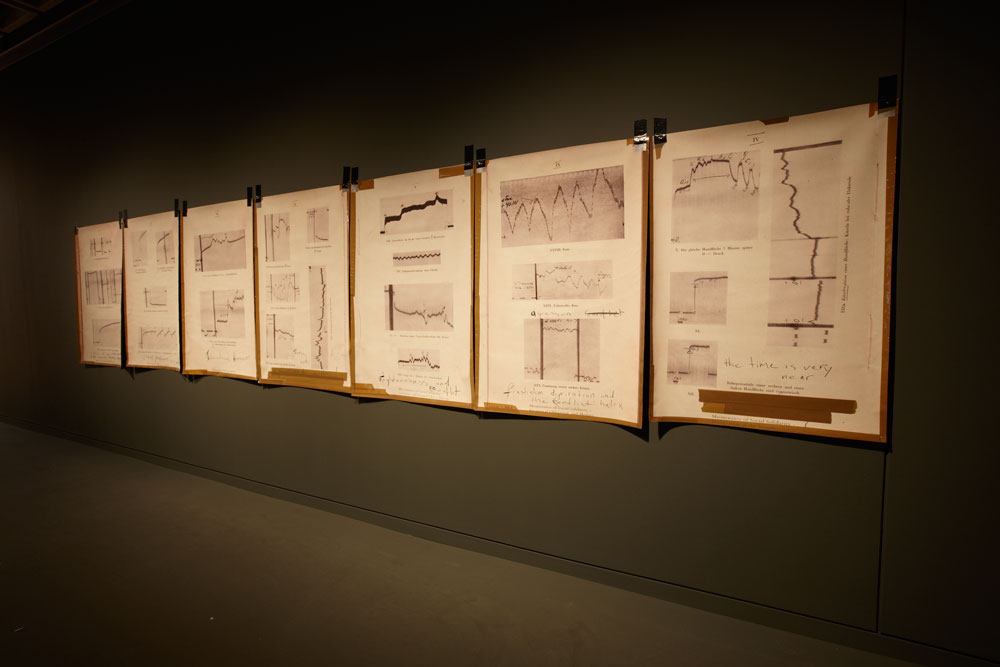