In transmissions In: Spike Art Quarterly 30, Chris Kraus reviews the et al. installation in ‘Simultaneously Modern: Three Art Installations from the Contemporary New Zealand Collections as part of the inaugural opening of the Auckland Art Gallery in 2011. 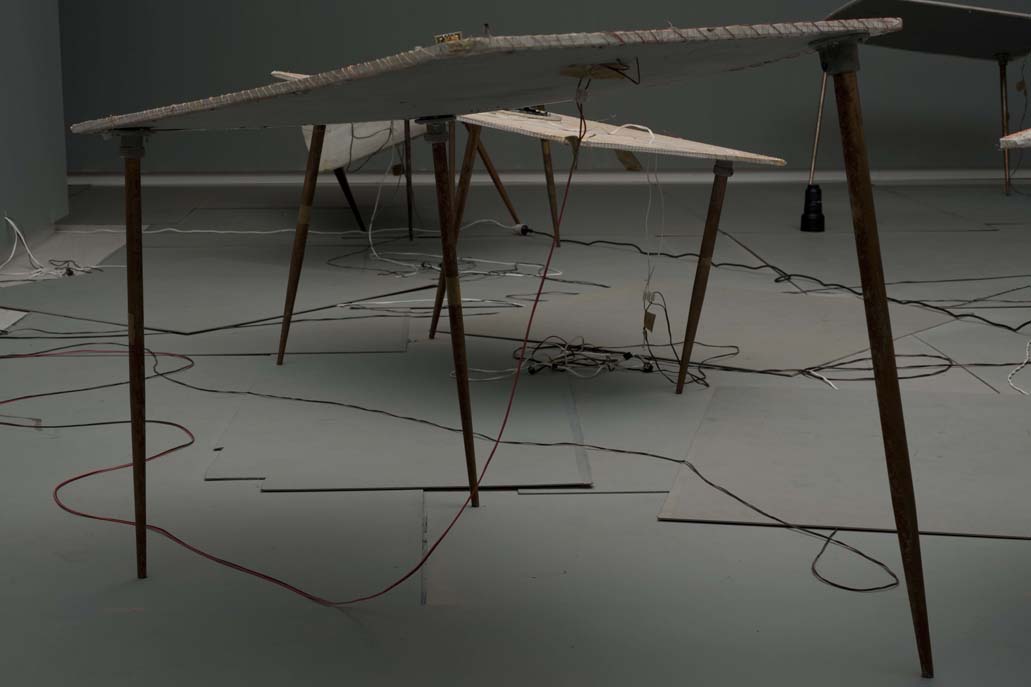 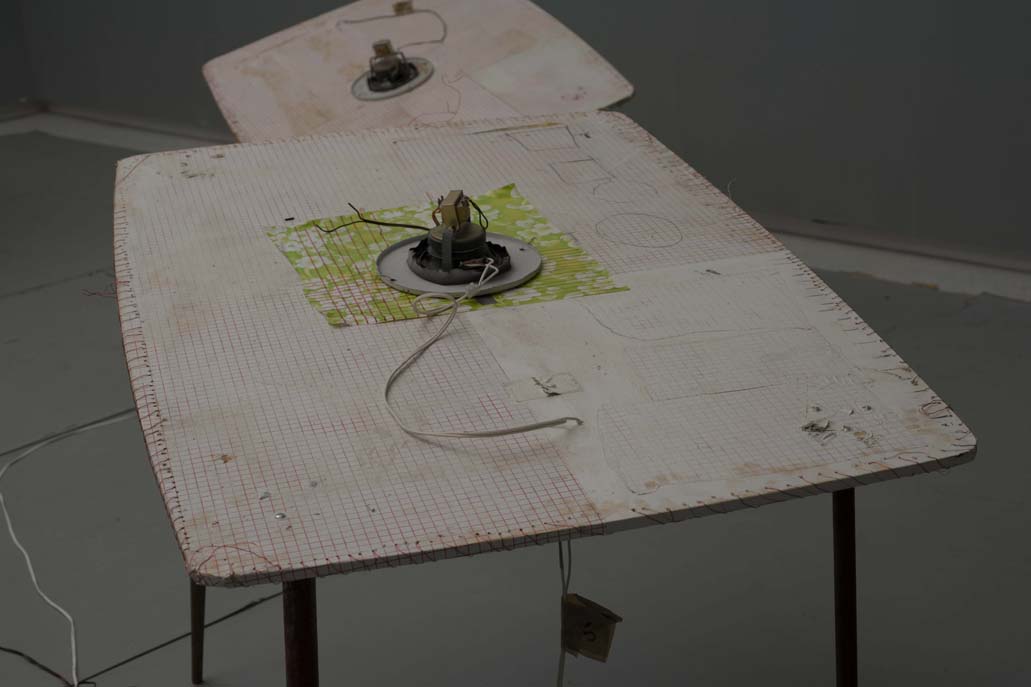 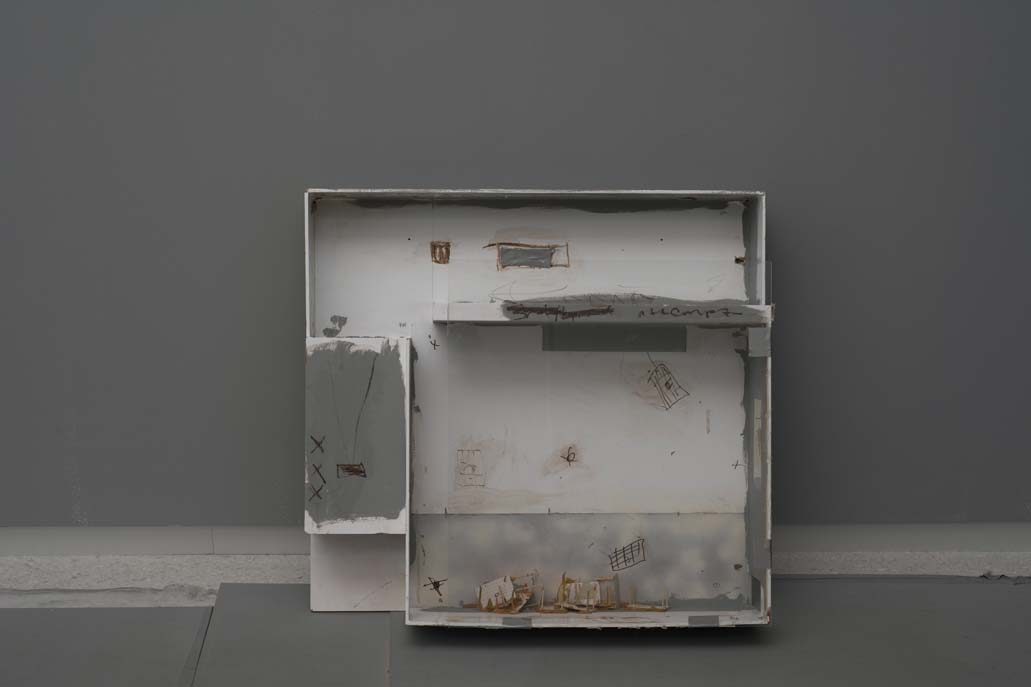 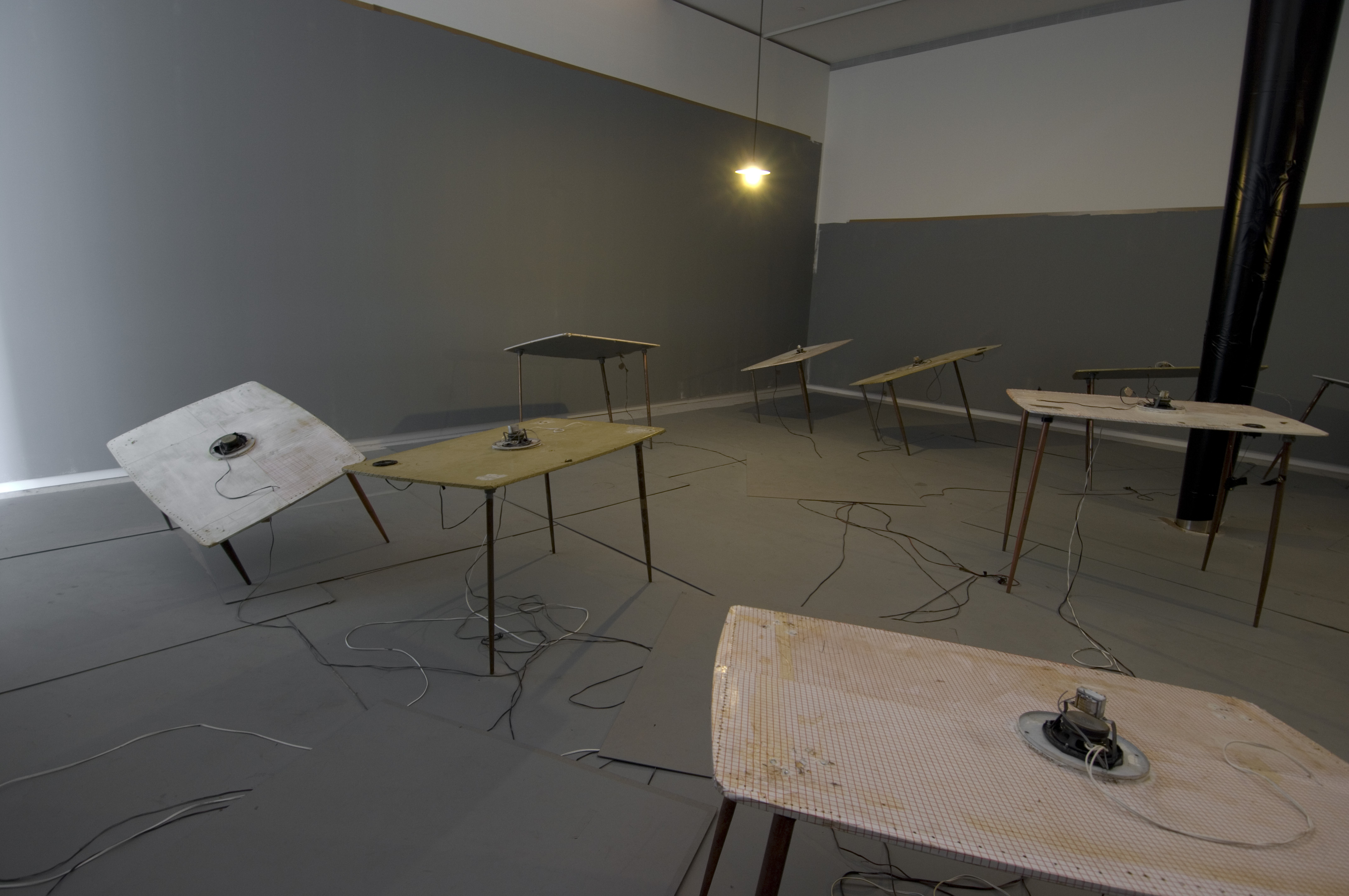 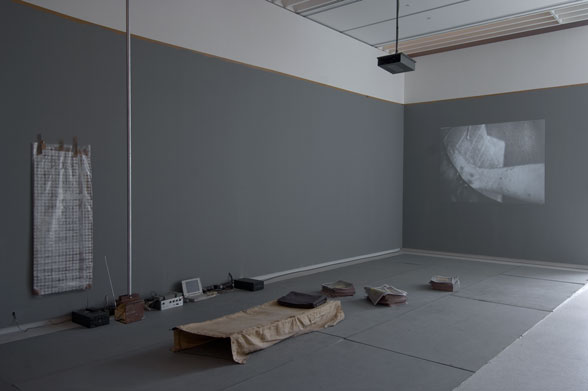 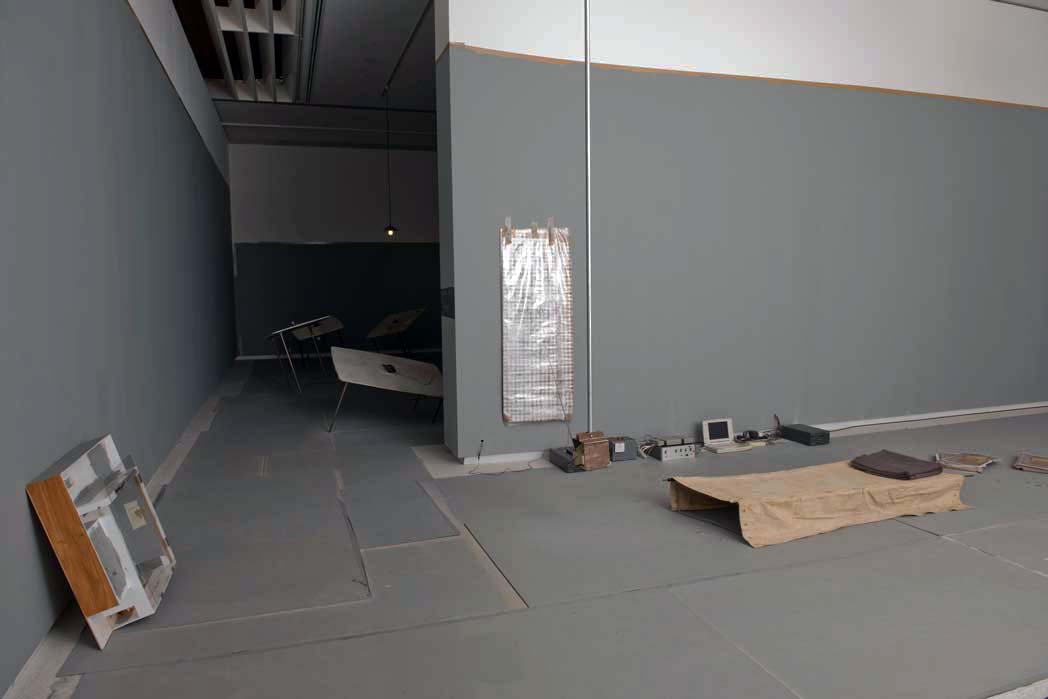 TRANSMISSION by Chris Kraus In: Spike Art Quarterly 20111
For the past decade, New Zealand et.al has been producing a series of installations com­posed of outdated electronic equipment, mil­itary paraphernalia and dreamy 16 mm film projections. Arranged in gray, wire-strewn rooms, the scavenged components look like demented analog-era hobbyist projects. Et al.’s rooms look, at once, like meteorologi­cal centers, homemade torture chambers, ham radio sheds. »Science« is clearly at work, reaching beyond its technological limits towards sinister, quasi-spiritualist ends.
Acquired by the Auckland Art Gallery in 2004, Simultaneous Invalidations (2001), a modifiable installation, was exhibited there in its third iteration this Fall. The piece is remarkable both for its disturbing effect on viewers, and for the light it sheds upon the artist’s unusual process… By defining herself as a collec­tive«, et al.’s relation to authorship becomes part of the work’s explicit content. Like Claire Fontaine, Bernadette Corporation, Dexter Sinister and other artist collectives, et al. defies art history’s penchant for narra­tive discourse based on the trajectory of a singular artist. But the »anti-brand« strategy that informs the work is far from the most interesting thing about it. Though she refers to herself as we, et al. is one individual. The collective is an amalgam of pseudo­nyms and styles she has deployed over the years: art-making (or the life of the mind) pursued as a form of Multiple Personality Disorder. Simultaneous Invalidations was the artist’s first break into producing projects singly­ authored. From that point on, the artist/s worked together under the collectivized name et al. to produce large-scale installa­tions that reflected the interests of the entire group. With Simultaneous Invalidations, the contorted religious texts of P. Mule, the mid- 20th century domestic decors of L. Budd, and Popular Production’s industrial and milÂ­itary instructional films were thrown into a cacophonous dance. Filling two spacious rooms, the installation transforms the gallery into a laboratory charged with the investigation of collective desire and death. Voices of deceased speakers downloaded from the web, proclaiming religious and political beliefs rumble throughout the two rooms, with interference and noise. Upon entering the first room, the viewer confronts an old WWI army cot spattered lightly­ with blood. A folded wool blanket serves as the pillow, from which the absent sleeper might watch the blurred, black and white film that plays in a loop on an old transistor TV at the foot of the cot. Projected onto the right wall, a German industrial newsreel, apparently produced in the late 20s, extols the glories of metallurgical ovens. Old, junked electronics analog speakers, an ancient computer, amp meters, wires and cords – rest against the rear wall. The collec­tion evokes a now-defunct world: the bins of electronic spare parts that once lined New York’s Canal Street, ransacked each week­end by hobbyist men like geek-porn. Murky and secretive, the transistor TV film on the can only be seen while squatting beside the cot. On closer inspection, the »porn« here is ambient footage shot at a ghostly German vvTII camp. Behind another gray wall in Room 2 dozens of metal-legged tables tilt at precarious angles. Each table is covered with shelf-lining paper onto the surface with copper wire in a rough blanket stitch, and equipped with a round cardboard speaker that is sunken into its center. Thir­ty-six audio tracks of voices and noise inter­mittently reach each of these speakers, and cause the tables to tremble, evoking the table-tipping« seance experiments of late 19th century theosophists like Madame Blavatasky and George Gurdjieff. Conceived a decade before the publica­tion of Tom McCarthy’s magnificent tech­nological saga conveyed in C, et al.’s Simul­taneous Invalidations addresses many of McCarthy’s concerns: the thrill of transmis­sion, and the process’s consequent flattening effect in early technology; the deathly delir­ium of spiritual and military technologies. But here, traces of human handwork re­sound, surrounded by psychic static and dirt.